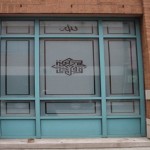 (September 17, 2009) – A Toronto mosque, Masjid Toronto, will celebrate the end of Ramadan by distributing food baskets on Friday to households in the Atkinson Co-op community where the majority of residents live on a fixed income.

“Islamic tradition strongly encourages that Muslims serve their community by giving in charity and being close to those members of the community that may be less fortunate,” says Abdussalam Nakua, Head of GTA-Muslim Association of Canada Chapter, which operates Masjid Toronto.

“This custom of charity is recommended at all times of the year, but is even more important during the month of Ramadan and during the Eid celebration,” he added.

This year, Eid –ul- Fitr, the celebration which marks the end of Ramadan, will be observed on Sunday, September 20th.

The distribution of the ‘Eid baskets’ is being done in conjunction with the Scadding Court Community Centre.

“This initiative builds on work done by Scadding Court in food security, diversity, community education and community engagement” says Mr. Kevin Lee, Executive Director of Scadding Court, who adds that ”As an agency and a community we celebrate Black History Month, the Asian Lunar New Year and other cultural events – the time has come to include Eid.”

On Friday September 18th, 150 volunteers from Masjid Toronto, Scadding Court and the Muslim Students’ Association (MSA) of the University of Toronto will assemble the Eid food baskets with non-perishable food items and then distribute them to households in the Atkinson Co-op community.

“We are hoping to distribute 850 Eid food baskets which will include food supplies and a brochure about Eid, Ramadan and Hajj, translated into three languages (Chinese, Vietnamese and Bengali),” said Mona Elshayal, one of the volunteers.

Afterwards, all volunteers will return to Scadding Court where they will break the fast together at sunset and share a meal prepared by the Scadding Court Greenhouse Café.