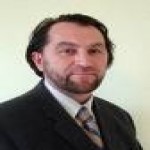 (July 15, 2009) – The good news is that the image of Muslims and Islam is improving in Canada. But the challenge now is to encourage more effort toward positive change from Canadian Muslims themselves!

It is time we made a serious commitment to urgent tasks from within ourselves and from within our communities. Why? Because public perceptions and understandings about us will not change — nor will our collective image — until Canadian Muslims realize that fundamental changes are needed in how we operate and manage our affairs in Canada. Only then can we exert enough influence on perceived realities to permanently reverse the prevailing negative opinions about our culture and faith.

The foregoing statement might seem stern and intimidating, but it is in fact supported from the core source of Islamic intellectual tradition – the Qur’an. God Almighty, the Creator of humanity, explained the notion of change for communities and societies in these words: “Truly, God does not change the condition of a people until they change what is in themselves.” (Qur’an 13:11)

Today’s article therefore discusses some urgent actions needed in order for Canadian Muslims to improve current societal perceptions and consequently establish a respectful place in Canada and abroad, despite the turbulent conditions of the world we live in. In short, I will address some ways in which we can start the process of change from within.

First, Canadian Muslims need to build strong consensus and solidarity among themselves by working together on issues relevant to conditions here in Canada (i.e. social, political, educational and yes, religious as well). I am not saying, as some propose, that we always have to agree on everything and be unanimous at all times. Rather, I feel that Canadian Muslims have to come to an agreement on those key issues that stand as obstacles to their continued progress and development. Without the foundation of a strong entity that could make a positive impact on Canadian society, we would only limit our directions of further development. Therefore, an immediate priority is to agree on exactly which challenges we all face in common and then decide on the best avenues to bring about needed changes.

Second, Muslims in 21st century in Canada need to engage purposefully in generating more balanced content about Islam by: a) supplying accurate and proper information on Islam to fill the public information void, as well as counter poorly-researched and biased material about Islam and Muslims that masquerades as factual; b) create intelligent, informative, and socially appealing websites that can serve as reliable and current resources for all ages, both Muslim and non-Muslim.

Third, it is both a social and religious duty for Muslims in this country to cultivate a more balanced view of Islam in Canada. If they continue offering foreign cultural interpretations of Islam, their own children will not understand them, let alone their neighbors, colleagues and friends. The dominance of specific cultural traditions serves only to distort the fact that Islam is in fact a universal religion. Thus it should be both our duty and passion to share and present stories featuring Canadian Muslims as regular citizens in every walk of life — professionals, educators, parents, artists, writers, community leaders, politicians, etc. In doing so, Canadian Muslims can take more pride in their image and present a welcoming and positive profile to the rest of Canada as well.

Fourth, finding the right spokespeople to represent our voice in public is a must. We need to select and attract individuals with a clear understanding of Islamic formative principles and values, along with a solid understanding and lived experience in the Canadian context – its laws, values, politics, social issues, etc. Being well-read in Islam alone is not enough, for those who cannot apply its principles to the context of daily life in Canada could become elements of conflict and annoyance.

Fifth, Canadian Muslims need to seriously invest in academia, think tanks, and advocacy groups in order to successfully (that is, through informed research and consistent strategies) counter Islamophobia and anti-Muslim propaganda. Canadians are truly ready to hear our “untold story” and that story does not need to be emotional, dramatic or defensive. As long as factual truth is presented, we and all Canadians will benefit: it is often wisdom, rather than theatrics, that pay off!

Lastly, I urge everyone to be a proud supporter of the Canadian Muslim community and to use its resources to their greatest potential. We are collectively our own greatest asset, and thus an enormous potential asset to Canada. We have among us the ability, skills, knowledge and resources to act as facilitators between Canada and the Muslim countries of the world; to be, in fact, a human bridge between Islam and the West. Being faithful to our religious traditions in no way prevents us from serving as good citizens in our homeland of Canada – quite the opposite. Contrary to the stereotype that presents Islam as reclusive and insular within our multicultural fabric, Islam can and should be the catalyst that facilitates our full participation in Canadian society; thus it qualifies simultaneously as a religious duty and social responsibility.

Let me conclude by saying that both the media and popular culture have not been overly favorable in portraying Canadian Muslims, especially after September 11, 2001. Why has this negativity persisted for nearly a decade? It has transpired in the absence of a positive, objective and accurate image of Canadian Muslims. Therefore, we must step forward and take the responsibility for reversing this condition, once and for all. We are present in every sphere of Canadian society; we have knowledge, skills and myriad other resources and abilities. The question is: Are we ready for this challenge? Are we ready to change for the benefit of future generations?

If we are, then let us set aside old excuses and start now. By working collectively as a team to improve the overall image of Canadian Muslims, we can generate immeasurable hopes and opportunities for all. If we will not do this ourselves, who is going to do it for us?

Dr. Zijad Delic is the National Executive Director of the Canadian Islamic Congress.