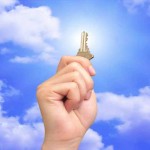 (November 29, 2009) – If being an educator has taught me anything, it is that the human element of any endeavour cannot be ignored. I don’t just teach history–I teach history to 11th graders. Without the students, there’d be no papers to grade, no hoarse voice at the end of the day, no chalk on my pants. I must remain conscious of the wide range of human realities present in my classroom. In fact, I concede that my most serious failures come when I forget not just the humanity of my students, but my own.

As a teacher, it surprises me then that when a Muslim in the military guns down his fellow soldiers, the issue becomes his religion rather than the host of issues that a soldier regularly deals with. In the rush to answer the many questions that Fort Hood raises, the horrid realities of war and gruesome experiences of our soldiers were overlooked. Moreover, little attention was paid to the fact that the base itself was no stranger to violence after two soldiers killed each other at a party as recently as July, a husband killed his wife and himself just last year, and Fort Hood personnel accounted for 76 suicides since 2003.

But, as an American Muslim myself, the “blame Islam” phenomenon is hardly surprising. Islam is often regarded as the culprit of human crime, largely because it is easy to point a finger at something that cannot point back. In this day and age, in our search for quick and easy answers, we overvalue religious text at the expense of both the context and the reader of that text.

Any interpretation of scripture is a reflection of its reader: if the reader seeks to spew hatred, he/she may read this into scripture. No wonder extremists of all stripes use the same Qur’anic verses to bolster their own militant positions, unwittingly reinforcing the claims of their hated opponents.

It is in this context that religious extremists and misinformed media pundits twist the richness of the term jihad to mean holy war. But war is never holy. Indeed, it can only ever be unholy even when it is religiously justified. There is no concept of holy war in Islam as such. Furthermore, nowhere, under any condition, does Islam justify the killing of civilians. Killing someone in any other context than self-defence is by itself sufficient to undermine any attempt to substantiate an armed attack on religious grounds.

The term jihad itself means “struggle”, primarily the struggle to enhance oneself in God’s eyes. This means my struggle to be a better son, friend and teacher, and includes my struggle to wake up for prayer at dawn every day and then stay awake for work.

The contested notion of lesser jihad–combat that is unavoidable, as in cases of self-defence against persecution or the denial of freedom to worship–will persist as long as there are opportunists, like Osama bin Laden or, on a lesser note, the radio personality Glenn Beck, who stand to benefit from it in some way–and as long as people listen to them.

These individuals go on to label terrorism committed by Muslims as jihad. This irresponsible labelling grants religious legitimacy to heinous acts. While this is expected of these particular men, mainstream society should not be complicit in heightening discord between Muslims and non-Muslims. Though these personalities are part of the problem, the rest of us can be part of the solution.

That solution comes largely from the understanding of jihad that originates from the man Muslims believe to be the embodiment of the Qur’an. The Prophet Muhammad fashioned the way in which Muslims should behave. He made clear that the greater jihad is the struggle to control one’s inner demons. The beauty of this struggle exists on a deeply human level, one that each of us, Muslim or non-Muslim, endures daily.

In these tense times, it is this very human struggle that we must embrace–together–if we are to meet the challenges of our day.

* Abed Z. Bhuyan is a high school teacher in New York City with Teach for America and a graduate of Georgetown University where he majored in international politics and minored in Islam and Muslim-Christian understanding. This article is part of a series on the myth that Islam is inherently violent written for the Common Ground News Service (CGNews).