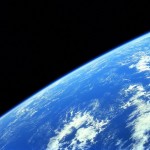 (June 21, 2009) – Muslims along with most of the world’s population are caught in the web of the dominant worldview. Critical values that characterize this worldview include a belief in the opportunity for social advancement, a belief that the goal of life is comfort and convenience, a persistent attitude of racism, and a faith in technology and progress. There is also a secular humanism that is anthropocentric in its assumptions.

The value of the quality of the natural environment, the value of maintaining biological diversity, or the inherent worth of species other than humans is a minority view. There is a pervasive sense of individualism and little assertion of the value of the community of humans, much less the “land community.”

Taken in its entirety, the increase in mankind’s strength has brought about a decisive, many-sided shift in the balance of strength between man and the earth. Nature, once a harsh and feared master [sic], now lies in subjection, and needs protection against man’s powers. Yet because man, no matter what intellectual and technical heights he may scale, remains embedded in nature, the balance has shifted against him, too, and the threat that he poses to the earth is a threat to him as well. – Jonathan Schell, The Fate of the Earth (1982)

The work called cultivating Earth awareness or ecological consciousness involves becoming more aware of the actuality of the creation, the rocks, wolves, trees, and rivers – the cultivation of the insight that everything is connected. Cultivating Earth awareness is a process of learning to appreciate silence and solitude and rediscovering how to listen. It is learning how to be more receptive, trusting, holistic in perception, and is grounded in a vision of non exploitive science and technology. People can clarify their own intuitions, and can act from deep principles.

“The whole of creation, in its most natural state, is the most immediate expression of the order intended by the Transcendent. Here, in the universe of the laws of nature” and “rule of instinct,” everything is in itself already and eternally “Islamic” — submissive to and at peace with the Living One (al-Hayy), the Eternal (al-Qayyum), who grants life (al-Muhyi) and brings death (al-Mumit). Nature is a book abounding in signs (ayat) of this essential link with the Divine, the “natural faith,” this “faith within nature” that is chanted by the mountain and the desert, the tree and the bird: “Art thou not aware that it is God whose limitless glory all [creatures] that are in the heavens and on earth extol, even the birds as they spread out their wings? Each [of them] knows indeed how to pray unto Him and to glorify Him; and God has full knowledge of all that they do”; “The seven heavens extol His limitless glory, and the earth, and all they contain; and there is not a single thing but extols His limitless glory and praise: but you [O men] fail to grasp the manner of their glorifying Him!” – Tariq Ramadan, Western Muslims and the Future of Islam (2004) p.12.

The logic of our (First Nations) traditions has developed over countless generations of experience. Following a communicative method of such antiquity and strength brings us closer to the core message of respect for the inter-relatedness of word, thought, belief and action. The meanings of our traditional teachings are embedded in the structure of the narrative as much as in any words one might write to explain them. (p.15)

The wisdom encoded in the indigenous cultures can provide answers to many questions: many seemingly intractable problems could be resolved by bringing traditional ideas and values back to life. Pre-contact indigenous societies developed regimes of conscience and justice that promoted the harmonious co-existence of humans and nature for hundreds of generations. As we move into a post-imperial age, the values central to those traditional cultures are the indigenous contribution to the reconstruction of a just and harmonious world. (p. 30)

The Windat Nation historian Georges Sioui provides a lucid summary of the basic values of traditional indigenous political and social thought:
With their awareness of the sacred relations that they, as humans, must help maintain between all beings, New World men and women dictate a philosophy for themselves in which the existence and survival of other beings, especially animals and plants, must not be endangered. They recognize and observe the laws and do not reduce the freedom of other creatures. In this way they ensure the protection of their most precious possession, their own freedom. (p. 46)

Justice is the achievement of balance in all relationships and the demonstration in both thought and action of respect for the dignity of each element in the circle of interdependency that forms our universe. (p. 67) In indigenous philosophies, power flows from respect for nature and the natural order. In the dominant Western philosophy, power derives from coercion and artifice – in effect, alienation from nature. (p.84)

Craig Carpenter, Kanien’kehaka Elder offers the following admonition: …consider Thomas Banyacya’s four words: “Stop, consider, change, and correct.” Stop what you are doing, Consider the effects of what you are doing. Is it upholding life on this land? Or is it destructive to the life on the land? If it is destructive, then change your value system and your actions. We are not supposed to be subduing the earth, treading it underfoot, vanquishing the earth and all its life. We are supposed to be taking care of this land and the life upon it. So it’s up to you to consider which side you are on…. I was sent all around the world, and I found Indians everywhere. They didn’t all have brown skin; they weren’t all what they call “red men.” But they had their sacred original instructions, and they were diligently trying to follow them. (Johnson, ed., The Book of Elders, 105) (p. 104) (All of the above passages are quotes taken from – Taiaiake Alfred, Peace, Power, Righteousness: An Indigenous Manifesto, 2009.)

With the help of God, we will recognize the truth and it will help us to remember, understand, and live the corresponding truth in our own wisdom, vision and responsibilities.

* The opening lines are drawn from Deep Ecology: Living as if Nature Mattered, – Bill Devall and George Sessions.