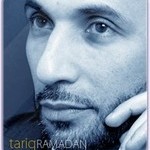 The Islamic position on homosexuality has become one of the most sensitive issues facing Muslims living in the West, particularly in Europe.

It is being held up as the key to any eventual “integration” of Muslims into Western culture, as if European culture and values could be reduced to the simple fact of accepting homosexuality.

The contours of this de facto European culture is in a state of constant flux, shifting according to the topic of the day.

Just as some insist, as do the Pope and certain intellectuals—often dogmatic and exclusivist defenders of the Enlightenment—that Europe’s roots are Greek and Christian (thus excluding Muslims), so several homosexual spokesman and the politicians who support them are now declaring (with an identical rejection of Muslims) that the “integration of Muslims” depends on their acceptance of homosexuality.

The contradiction is a serious one: does Christianity, which forms the root structure of European culture, and which purports to embody European values and identity, not condemn homosexuality?

Unless the contradiction is intended to stigmatize Islam and Muslims by presenting them as “the Other”… without fear of self-contradiction.

We must reiterate, as does Isabelle Levy in “Soins et croyances” [1] that all the worlds’ major religions and spiritual traditions—from the majority view in Hinduism, Buddhism and Judaism to Christianity and Islam—condemn and forbid homosexuality.

The great majority of rabbis hold the same position, as do the Pope and the Dalaï Lama, who condemns homosexuality.

For these traditions, as for Freud (who speaks of “perversion”), homosexuality is considered to be “against nature,” an “expression of disequilibrium” in the growth of a person.

The moral condemnation of homosexuality remains the majority opinion of all religions, and Islam is no exception.

It would be senseless to wish to deny the facts, to contradict the textual sources and to force believers to perform intellectual contortions so that they can prove they are in tune with the times.

But the question is not whether one agrees with the religious texts, the beliefs and the convictions espoused by individuals.

It is to determine what is appropriate behavior in the societies in which we live together.

For more than twenty years I have been insisting—and drawing sharp criticism from some Muslim groups—that homosexuality is forbidden in Islam, but that we must avoid condemning or rejecting individuals.

It is quite possible to disagree with a person’s behavior (public or private), while respecting that person as an individual.

This I have continued to affirm, and gone further still: a person who pronounces the attestation of Islamic faith becomes a Muslim; if that person engages in homosexual practices, no one has the right to drive him or her out of Islam.

There is no ambiguity, and ample clarity:

European Muslims have the right to express their convictions while at the same time respecting the humanity and rights of individuals.

If we are to be consistent, we must respect this attitude of faith and openness.

Today we are witnessing an upsurge of unhealthy, ideology-driven movements.

To affirm one’s convictions and respect others is no longer sufficient.

Muslims are now being called upon to condemn the Qur’an, and to accept and promote homosexuality to gain entry into the modern world.

Not only is such an attitude doomed to fail (the majority trends in both traditional and reformist Islam, as in other religions, will never waver on this question) but it also reveals a new dogmatism—and a whiff of colonialism, not to mention xenophobia—at the heart of so-called modern, progressive thought.

Certain prominent intellectuals and lobbies have ordained a new form of political correctness; they would like to force everyone to be “open” or “liberal” in the same way.

At first glance, this open, liberal thought would seem to warrant respect; but it reveals a troubling tendency to impose its own dogmas, leaving little or no room for the convictions of traditional philosophical, spiritual or religious world-views.

Betraying the ultimate goal of modernity, which should help us manage freedom and diversity, we are now told that there is only one way to be free and modern.

Both dogmatic and dogmatizing, this trend, in the name of liberal thought, is a dangerous one, and should alarm all women and all men, whether atheists, agnostics, Hindus, Buddhists, Jews, Christians or Muslims.

It strikes at the very heart of our freedom of thought, of the most intimate aspects of our lives, of the ways we strive for social and intellectual emancipation.

Let us not delude ourselves.

These developments, along with recent tensions surrounding the return of religion, its accompanying fears, and the social visibility of homosexual “believers” is directly related to the presence and new-found visibility of Muslims in our Western societies.

We, as societies, can choose to exacerbate these sensitive issues and to exploit the natural stresses created by the arrival of new immigrants to demonstrate the impossibility of integrating Muslims, and the danger they are said to represent.

There are political parties that may win elections by playing on these themes.

The long term outcome will be to exacerbate social divisions, and will ultimately prove counterproductive.

Social cohesion will become impossible, and daily life will be undermined by mistrust and insecurity. It is time to stop playing this harmful game, and return to a more just and reasonable approach.

The good news comes from the younger generation: cultures and religions cannot stop them from getting to know one another, from living together, and from sharing both spaces and hopes.

They are the future; there can be no doubt that they will leave our past fears far behind.