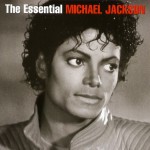 – From “They Don’t Care About Us” by Michael Jackson

As a little boy, Michael Jackson had an extraordinary charisma — as well as an absolute innocence — that was disarmingly charming.

It captivated millions of Americans and eventually people around the world.

As the years went by, his career took strange turns and he slowly turned white, transforming his face eerily into a pale and ghastly masque, perhaps to conceal the pain of alienation from his own self and family.

He was also rumored to have unsavory predilections that would never have been suggested if one used the rigorous criteria of Islam before hurling an accusation.

Despite the rumors, he appeared to have had a genuine concern for children, wanting to provide them with a world that was denied to him as a child due to the abuses he claimed to have suffered.

I was very happy for him last year when he reportedly became a Muslim.

He had apparently followed the footsteps of his dignified and intelligent brother, Jermaine, who converted to Islam 20 years ago and found peace.

It seemed befitting that Michael sought refuge from a society that thrives on putting people on pedestals and then knocking them down.

He was accused of many terrible things, but was guilty of perhaps being far too sensitive for an extremely cruel world.

Such is the fate of many artistic people in our culture of nihilistic art, where the dominant outlet for their talents is in singing hollow pop songs or dancing half-naked in front of ogling onlookers who often leave them as quickly as they clung to them for the next latest sensation.

In the manner of Elvis or the Beatles, Michael is unwittingly both a cause and a symptom of America’s national obsession with celebrity, currently on display in the American Idol mania.

Far too few of us make any attempt to understand why jobs are drying up, why mortgages are collapsing, why we spend half-a-trillion dollars to service the interest on the national debt, why our government’s administration, despite being elected on an anti-war platform, is still committed to two unnecessary and unjust wars waged by the earlier administration, wars that continue to involve civilians casualties on an almost daily basis.

Instead, we drown in trivia, especially trivia related to celebrity.

And the response to Michael’s death is part of the trivial pursuits of American popular culture.

The real news about death in America is that twenty Iraq and Afghan war veterans are committing suicide every day.

But that does not make the front page nor is it discussed as seriously as the King of Pop’s cardiac arrest.

Nevertheless, Michael’s very public death notice is a powerful reminder that no matter how famous or talented or wealthy one is, death comes knocking, sometimes sooner than later.

Michael has now entered a world of extraordinary perception, a world that makes his “Thriller” video seem mundane. It is a world of angels and demons, and questions in the grave, a world where fame is based upon piety and charity.

Given Michael’s reported conversion to Islam last year, Muslims count him as one of our own, and we pray that he can finally find the peace he never found in this world and that he is in a place, God willing, of mercy, forgiveness, and solace.