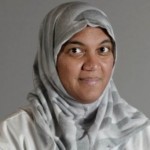 Writing in Wednesday’s Globe and Mail, Khan says, “Widespread skepticism of the terrorist threat is far too common among Muslims.”

“The principles of justice and their faith demand vigilance against both rights abuses by government and security threats from extremists within their own community. A disproportionate amount of attention has been paid to the former. This must change,” she adds.

Sheema Khan cites the factual evidence in the cases of Momin Khawaja, who was found to have helped British extremists, and two accused men in the Toronto 18 case who recently pleaded guilty to have made the case clear for the Muslim community to be active against the terrorist ideology.

“These facts need to be digested by community leaders and discussed in Muslim community newspapers across the country,” she says.

And she challenges Imams and religious leaders to use their position to provide forceful arguments against ‘al-Qaeda’s murderous ideology.’

“Those who have sound knowledge of Islamic principles must provide young people with forceful arguments against al-Qaeda’s murderous ideology. Criminal behaviour cloaked in the mantle of jihad must be exposed for what it is,” she added.

Khan also challenges the silent majority of Muslims to step forward: “The silent majority can no longer sit on the sidelines. As a first step, it’s time for Canadian Muslims to revive the popular “Not in the Name of Islam” online petition, which begins: “We, the undersigned Muslims, wish to state clearly that those who commit acts of terror, murder and cruelty in the name of Islam are not only destroying innocent lives, but are also betraying the values of the faith they claim to represent. No injustice done to Muslims can ever justify the massacre of innocent people, and no act of terror will ever serve the cause of Islam.”