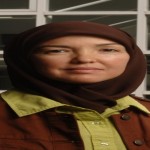 (June 12, 2009) – The President of the Islamic Society of North America (ISNA), Dr. Ingrid Mattson joined on Thursday with heads of eight faith groups in standing at a public rally in front of the White House (in Lafayette Square).

They issued a strong plea to President Obama to establish a Commission of Inquiry to investigate U.S.-sponsored torture that occurred post-9/11.  Following the public rally they met with senior White House officials and delivered a letter to President Obama.

“Muslim Americans, in the spirit of the Qur’anic injunction to exhort one another to truth and constancy, believe that we must join together to confront the pain that was inflicted in the name of our country’s security,” Dr. Ingrid Mattson affirmed.

She further stated that “Only by knowing the truth will the American people have the opportunity to develop a strong conviction that torture must never be justified.  By honestly confronting our transgressions, we demonstrate the sincerity of our regret and our recommitment to the rule of law and the dignity of humanity.”

The event was sponsored by the National Religious Campaign Against Torture (NRCAT) of which ISNA is a constituting member. NRCAT is committed to ending U.S.-sponsored torture, and cruel, inhuman and degrading treatment.

The text of the letter reads:

As senior religious leaders in the United States, we write to give voice to the compelling need for a comprehensive investigation into U.S.-sponsored torture since 9/11.  We believe the most credible way to conduct such an investigation is by establishing an independent, non-partisan Commission of Inquiry.  Such a Commission is necessary to: (1) uncover the whole truth about U.S. torture policies and practices; (2) mobilize a national consensus; and (3) build support for the requisite safeguards to ensure that U.S.-sponsored torture never happens again.

We know that you share with us the understanding that torture is wrong – without exception, that it is illegal and immoral.  You have stated this unequivocally.  You matched your words with action on the second full day of your Administration when you signed the executive order banning torture. With that order, you signaled to our nation, as well as to the world, your determination to return the United States to the rule of law and to begin the process of restoring our nation’s moral stature in the global community. We are profoundly grateful for your swift and decisive action in signing this executive order.

But an executive order is not enough.  It can be superseded by laws, and, as we’ve seen, even laws are in jeopardy of being superseded by national emergencies.  Our nation can guarantee the abolition of torture only if and when we put in place safeguards to prevent once and for all the future twisting and abrogation of the existing laws that prohibit torture.

You have publicly announced your opposition to a Commission of Inquiry, stating that our existing institutions are adequate for investigating what went wrong.  You have expressed your desire to look forward, not backward. We agree we must look forward — forward to a future where torture will never happen again.  But we believe that the only avenue to, and guarantee of, such a future is a Commission of Inquiry.  An investigation of U.S.-sponsored torture will only be credible and thorough if conducted by a Commission comprised of citizens who are well-respected, non-partisan, and independent-minded.

The reality is that our nation is now shackled to a shameful history of torture.  As people of faith we know that only the truth can set us free. We must therefore, as a nation, be mature and honest enough to examine fully and disclose completely the wrongdoing that has been committed.  The transparency and openness of a Commission of Inquiry will help to hold us all accountable for the policies and acts of torture carried out in our name.  Accountability is essential in a nation of laws.

Recent polls show that many people of faith have been persuaded that the use of torture can be justified in some situations.  These findings weigh heavily on us, as religious leaders.  We have more work to do to educate our people.  We accept our responsibility to bear bold and compelling witness to the sanctity of the divine image in all people and to the fact that torture in every instance defiles and desecrates this divine image.  We commit ourselves anew to greater faithfulness in preaching to and teaching our members.

We beseech you, in furtherance of your responsibility to restore, protect, and preserve the sanctity and rule of law in this nation, to commit yourself to the creation of a Commission of Inquiry that will uncover the truth, identify and establish legal safeguards, and guarantee for our children and grand-children a future in this country free of torture, without exceptions.

We pray for you “the spirit of wisdom and understanding, the spirit of counsel and might, the spirit of knowledge and the fear of God” (Isaiah 11:2).  And we look to you to lead our nation back to the path of truth and justice.