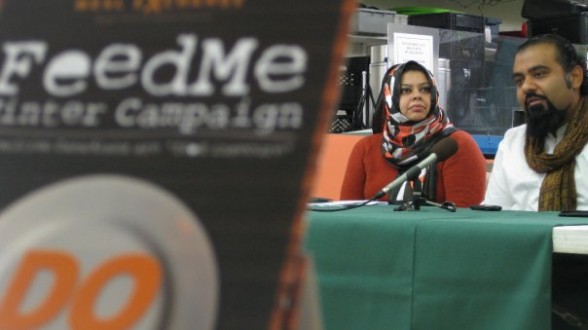 The “FeedMe Winter Campaign”, a partnership between ReliefWorks, a non-profit that promotes local relief effort through Islamic music and art, and Meal Exchange, a leading national food/fundraising organization, marks the first effort being made by a Muslim organization to raise awareness and engage young Muslim Canadians on the issue of hunger in Canada.

“Meal Exchange was ecstatic when ReliefWorks suggested this campaign to engage Muslim youth,” said Dave Kranenburg. “2.7 million Canadians don’t know where their next meal is coming from and the first step in addressing this is to provide them with a meal.”

The campaign which runs from December 25 through to March 31 2010 will target 500 “Leaders In Deed” – young people who will volunteer to register online and raise awareness and funds through social media.

Neethan Shan, Executive Director of CASSA (Council of Agencies Serving South Asians) said: “We are happy to partner in this initiative because it is critical to increase our awareness about issues related to food security.” 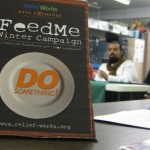 The purpose of the “FeedMe Winter Campaign” is to engage Muslim youth, especially Muslim Students across university campuses, and raise awareness among them about hunger in order to: a) fundraise and b) develop a sense of ownership and social responsibility towards their communities.

“ReliefWorks is a project that’s dear to my heart,” said Nader Khan. “It seeks to directly add value to the communities we belong to, and allows us to manifest the Prophetic example of mercy in a manner that is relevant to our target demographic.”

To do this, ReliefWorks, will run a series of lecture/concert events throughout the campaign, with performances by various local Muslim artists.

The first effort to sign up the 500 Leaders will take place this weekend, at the Reviving the Islamic Spirit Convention, which is set to take place at the Metro Convention Centre from Dec 25 – 28, 2009.

The campaign is supported by numerous mainstream Muslim organizations that will assist in the promotion and recruitment of the “Leaders In Deed”.