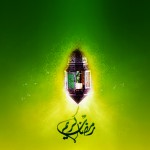 A friend in New York recently asked me what Ramadan was like.

Borrowing a chapter from my 3-year-old son’s playbook, I tried to explain it in constructs that would be familiar to her.

I asked her to imagine a traditional American Thanksgiving with all her extended family present, where they fasted from dawn until dusk (while experiencing caffeine withdrawal and nicotine fits), before breaking the fast with the evening iftar meal.

Then I told her to imagine that Thanksgiving went on for an entire month.

“You poor thing!” she gasped.

“Why do you think we celebrate when it’s over?” I replied with a grin.

In fact, Ramadan is about more than just fasting.

It is the ninth month of the Arab lunar calendar, and the most holy month of the year for Muslims because the Archangel Gabriel revealed the holy Qur’an—the ultimate gift—to the Prophet Muhammad on its 27th day.

As such, I explained to my friend that Ramadan is a season of giving and one of the five pillars of Islam is almsgiving, or zakat.

The holy Qur’an speaks repeatedly of zakat, commanding in one instance that “for every 40 camels, one is to be given to the poor.”

My friend laughed, saying, “In this economy, who has an extra camel to give?”

I replied that zakat was spoken of in metaphorical terms and many believe, as I do, that the payment ofzakat can go beyond camels and money to the most valuable asset of all: time.

And no matter how difficult our financial lives, we can all give of our time.

Like most Arabs, I grew up in an extended family.

There was always someone in the family who was an expert on something and willing to give of their time to share that knowledge.

If I needed help in calculus, there was an uncle.

If I had a question about my writing, there was an aunt.

Religion? Everyone was a self-appointed expert on that subject.

But as we grow up, we move out and we seek mentors who do not share our blood, though they do share our passions.

When the holy Qur’an was first revealed to the Prophet Muhammad, he was so overwhelmed by the call from God that he turned to his mentor, his wife’s uncle, for advice and guidance.

Last month, I lost a great mentor to a tumour.

This article will come to you after being edited (and debated) by another.

A third has guided my foray into media from behind the scenes.

What these three have in common is that they have given me time and access to their cumulative wisdom.

And they have done it without asking for anything in return.

In this sense, they follow the spirit of zakat to the letter.

One is a Muslim, one a Catholic and the third a Jew.

All three give more than one-fortieth of their time to mentoring.

Without their combined efforts my life would be very different.

Of all we possess in this world, surely time is the most valuable asset.

If we were to give 2.5 percent of our lives to mentor others, the equivalent would be 36 minutes a day.

What would you do with your 36 minutes? Whose life would you impact?

The possibilities are endless and the need is unending.

My son Rayan is named for a gate in heaven through which those who fast during the month of Ramadan will enter.

A few days ago, I was in my writing room and wiping away tears as I wrote a farewell to my late mentor.

Rayan came to the doorway saying that he had left his Scooby Doo toy in his playhouse and could I retrieve it with him?

I gave him my sternest look, the one that says, interrupt-me-at-the-peril-of-losing-your-thumbs.

He went off with disappointment.

Minutes later he managed to bring himself down to my level.

“Baba, I need to go to the office in my house. I have to get my work. Will you help me?”

We were soon climbing the ladder to his “office” with both his thumbs intact.

One day, he will give his mentors a run for their 36 minutes.

* Naif Al Mutawa is creator of THE 99, a group of superheroes based on Islamic archetypes, and a 2009 recipient of the Schwab Foundation Social Entrepreneur of the Year Award at the World Economic Forum. This article first appeared in Florida’s The Bradenton Herald and was written for the Common Ground News Service (CGNews)