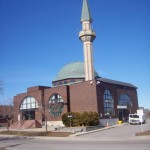 (June 23, 2009) – Ottawa Citizen reporter, Jennifer Green, is trying to piece together a portrait of the city’s Muslim community which she thinks is the ‘most complex, fastest growing single group in the city.’

In a posting on her blog (Ottawa’s multifaceted Muslims), Green is soliciting input from the city’s Muslims to the following questions:

Green has been covering the ongoing debate at the Ottawa Muslim Association over the choice of the new Imam.

The Imam, who was brought in from Al Azhar University in Egypt, is being criticized by segments of the community for his communication skills, his lack of experience and familiarity with Canadian social conditions.

The debate became very public when a number of articles written by Jennifer Green were printed in the Ottawa Citizen.