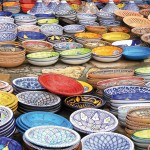 (June 4, 2009) — In celebration of the extraordinary range of artistic expression in the Muslim world, the Muslim Voices: Arts & Ideas event, an unprecedented ten-day festival and conference will take place June 5–14, 2009 throughout New York City.

More than 100 artists and speakers from as far away as Asia, Africa, the Middle East, and as near as Brooklyn, will gather for performances, films, exhibitions, talks, and other events, ranging from the traditional calligraphy, storytelling, and Sufi devotional voices) to the contemporary (video installations and Arabic hip-hop).

Festival presentations and programs aim to present multiple perspectives from the Muslim world.

Additional festival highlights will feature artists from India, Indonesia, Kuwait, Morocco, Afghanistan and Pakistan, among others.

In celebration of Muslim Voices: Arts & Ideas, the Empire State Building and Brooklyn Borough Hall will be lit green from June 5—7. The color green has many significant associations in Islam and is considered auspicious.

“No more pressing issue faces the world today than the profound lack of understanding between Western and Islamic societies,” said Asia Society President Vishakha N. Desai. “Most non-Muslim Americans have very limited exposure to and even misconceptions about Islam, the world’s second-largest religion.”

Mustapha Tlili, NYU Center for Dialogues Founder and Director, added, “The divide between the United States and the Muslim world is rooted in hard political issues such as the question of Palestine, the war in Iraq, relations with Iran, and other points of contention.

Muslim Voices: Arts & Ideas aims to help change perceptions, foster mutual understanding and respect between the two sides, and pave the way for the solution of the hard issues.”