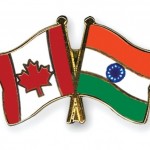 (September 29, 2009) – Navigating the murky waters of identity formation can be a treacherous path in today’s globalized world.

Identities in this day and age often overlap, clash, and merge, creating a confusing scenario.

This is especially the case when one is young and impressionable.

The confusion has sometimes led to disastrous consequences as can be seen from some recent cases in Canada and elsewhere.

The Muslim youth face various kinds of pressures from the general society at large, as well as from their families and community.

They are attracted to the allure of the pop culture while, at the same time, they may find solace and comfort in the embrace of their religion.

The clash between the two sometimes leads to extreme actions on their part.

They either abandon religion altogether or adopt an extreme version of it.

Either action goes against the grain of the Islamic spirit which calls for moderation, understanding, and coming to together on common terms between one and all.

Prophet Muhammad, peace be on him, had called for moderation in all affairs.

In one narration, he is reported to have said, ‘Do good deeds properly, sincerely and moderately…Always adopt a middle, moderate, regular course, whereby you will reach your goal.’

On another occasion, he is reported to have said, ‘So be moderate in your religious deeds and do what is within your ability.’

Mainstream Muslim communities throughout history have been following the above teachings.

A more recent example can be given of the Indian Muslims who, despite their multitude of problems, show us a way of managing their multiple identities.

The Indian Muslim community is as dyed in the wool patriotic community as any other while, at the same time, they are steadfast in their Islamic faith. 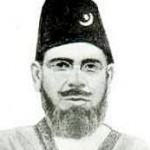 Two Muslim luminaries of the Indian freedom movement stand out for theorizing on how Indian Muslims should navigate their identities and Canadian Muslims can also gain from their insights.

Proudly proclaiming his dual identity he wrote, ‘I belong to two circles of equal size, but which are not concentric. One is India, and the other is the Muslim world.’ 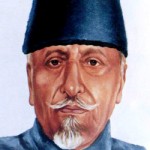 Maulana Abul Kalam Azad (1888-1958) was a high-ranking leader of the Indian freedom movement.

He was also an Islamic scholar par excellence, a Qur’anic exegete, a journalist, and served as independent India’s first minister of education.

Expounding on his identity he wrote, ‘I am a Muslim and profoundly conscious of the fact that I have inherited Islam’s glorious tradition of the last fourteen hundred years. I am not prepared to lose even a small part of that legacy. The history and teachings of Islam, its arts and letters, its culture and civilization are part of my wealth and it is my duty to cherish and guard them. But, with all these feelings, I have another equally deep realization, born out of my life’s experience which is strengthened and not hindered by the Islamic spirit. I am equally proud of the fact that I am an Indian, an essential part of the indivisible unity of the Indian nationhood, a vital factor in its total makeup, without which this noble edifice will remain incomplete.’

The multicultural Canadian Muslim community can gain much from the above wisdom of India.

Instead of withdrawing from the society, Muslim youth should be encouraged to embrace it, while at the same time not compromising their Islamic faith.

Through creativity and open-mindedness, the dual, or in the case of immigrants, multiple identities can indeed be managed.

This process is facilitated by the ease with which ideas and thoughts flow freely and can have an impact even in the remotest corners of the world.

While being aware of the differences all Canadians should realise that there is much more in common amongst all of us—our humanity and the universal principles that accompany it.

**Mohammed Ayub Khan is a graduate student in Political Science.