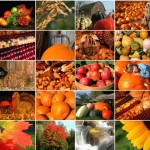 (December 4, 2009) – If past Thanksgivings are any indication, we should be past the turkey coma by now.

This year, sacrifice and consumption collided for Muslim Americans. The blackest shopping day coincided with Eid ul-Adha, one of two major Islamic holidays. It occurs the day after haj and commemorates the willingness of the Prophet Abraham to sacrifice his son as an act of obedience to God (a familiar story in Abrahamic faiths). Because our holidays rotate through the calendar, I haven’t faced this particular circumstance before.

The practical implication of this, besides figuring out the shortest distance from the mall to the nearest mosque, is back-to-back feasts with our families.

My clan, which happens to be a loud, gluttonous bunch, does Thanksgiving big. Texas big. Two turkeys, lots of carbs, tres leches, flan and pie. Between the siblings, in-laws and cousins, it’s a meal for at least 30.

Not only are we food-obsessed, we’re also slightly self-obsessed–vain and full of opinions, wisecracks and gossip. We don’t take ourselves too seriously, although we have been known to fight dirty when arguing politics and religion.

And religion runs the gamut from women who wear headscarves to those who embrace bare heads and even (shockingly) bare arms. There are fundamentalist preachers and the closet agnostics. There are a few lawyers in the bunch, one who worked as a staffer for a conservative Republican congressman and another who was a state delegate for US President Barack Obama. It’s a big tent.

Some of us are not native English speakers; others do not speak a lick of Urdu. Someone will quote the 19th century Mirza Ghalib or another Urdu poet, the meaning of which half of us will not fully comprehend. Someone will act like a wannabe “gangsta”. There are babies and elderly matriarchs, both known to deliver a tight slap if provoked.

Yes, there have been legendary fights and grudges, some lasting years. There is no booze, but chai flows freely. You can’t be too timid in this crowd. As anyone who has grown up in a large family knows, a thick skin is developed through years of uncensored and unsolicited commentary, like the time my cousin told an ultra-sensitive pre-teen that no boy would ever marry her. I ran to my room to cry but have been teased about that reaction for years.

Also around the time I was 11 years old, our mosque held a series of mock debates about the appropriateness of celebrating certain Christian and secular holidays. More than 20 years ago, when this discussion occurred, our mosque was attended mostly by immigrants, unfamiliar with many American traditions. I drew the most defensible position: Muslims should celebrate Thanksgiving. It’s not a pressing theological concern for any Muslim I’ve ever met. But, I brought gusto and passion to the topic, probably because I was paired against a boy I had a secret crush on and considered a verbal smack down in front of the entire congregation the surest way to get his attention. It was not a good strategy.

In the pursuant two decades, as those families have become acculturated and raised children here, this debate would be moot.

Recently, the boy I debated told me that his family has always celebrated Thanksgiving. It’s the one time of year they always get together. I suppose it was moot even back then.

As soon as I was old enough to discover Thanksgiving, I made it into a big deal. I would make everyone say what they were thankful for. One year, I instituted a moment of silence to mark the history of the Native Americans. This year, we remembered those massacred at Fort Hood, the base where my best friend from high school married her fiancé, an enlisted specialist, years ago.

The day after Thanksgiving this year, on Eid, the menu was different. Instead of turkey, there was goat. Saag (curried spinach) in place of sweet potatoes. We traded our dresses for embroidered shalwar kameezes and long dupattas (traditional South Asian clothing).

But, the ethos is the same: too much food, too much drama and drive-you-crazy, make-you-batty, family love.

This is my tribe: Texan, Pakistani, Muslim, American.

This is our big, fat holiday.

* Aisha Sultan is a columnist for the St. Louis Post-Dispatch. This abridged article is distributed by the Common Ground News Service (CGNews) with permission from the author.