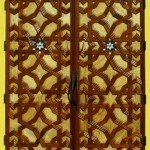 It was a big question from a little child: “Have Muslims and Jews always hated one another?”

The question came recently when I gave a talk at a public elementary school about the religion of Islam. I have given these types of talks many times before, but I have never been asked this question.

I was stunned, for two reasons: First, I do not think that most Muslims and most Jews hate each other today and, second, the historic relationship between the Muslim community and the Jewish community has been one of mutual respect and tolerance.

The idea there has been an ancient enmity between Jews and Muslims is completely without historical perspective or context.

Those groups and individuals who promote such a view seem to be unaware of the long history of co-operation between the two religions.

Much has been written in recent years about the Golden Age of Jews in Muslim Spain (Andalusia). Indeed, when Muslim rule came to an end and the Catholic monarchs Ferdinand and Isabella expelled the Jews from Spain in 1492 during the Inquisition, they were welcomed into the Ottoman Islamic Empire.

The anti- Semitism that plagued medieval Christian Europe was not to be found in the Islamic world.

In commemoration of Holocaust Memorial Day on April 21, I would like to share some stories that often do not get mentioned when discussing the Holocaust: Muslims who saved the lives of Jews during the Holocaust.

In his recent book, Among The Righteous (Public Affairs Press), Robert Satloff, who has served since 1993 as executive director of the Washington Institute for Near East Policy, unearths the lost stories of Arabs who saved Jews during the Holocaust.

When the Nazis occupied the countries of North Africa and sought to round up Jews and expropriate Jewish property, Satloff notes: “In every place that it occurred, Arabs helped Jews.

Some Arabs spoke out against the persecution of Jews and took public stands of unity with them.

Some Arabs denied the support and assistance that would have made the wheels of the anti- Jewish campaign spin more efficiently. … And there were occasions when certain Arabs chose to do more than just offer moral support to Jews.

They bravely saved Jewish lives, at times risking their own in the process. Those Arabs were true heroes.”

Nor was it only in North Africa that Muslims saved Jews.

During the Nazi occupation, the Grand Mosque of Paris provided sanctuary for Jews hiding from German and Vichy troops, and provided certificates of Muslim identity to untold numbers of Jews.

Satloff quotes reports describing the mosque “as a virtual Grand Central Station for the Underground Railroad of Jews in France.”

This story is told in a 1991 film Une Resistance Oubliee: La Mosque de Paris (A Forgotten Resistance: The Mosque of Paris) by Derri Berkani, a French documentary filmmaker of Algerian Berber origin.

Albania, a European country with a Muslim majority, succeeded where other European nations failed in dealing with Nazi Germany.

Almost all Jews living within Albanian borders during the German occupation — those of Albanian origin and refugees alike — were saved.

It is the only European country occupied by the Nazis to come out of the Second World War with more Jews then before the conflict.

Norman Gershman has profiled many Albanian Muslims in a photography exhibition and book titled Besa: Muslims Who Saved Jews in World War II.

Besa is a code of honour inspired by the Holy Qur’an and deeply rooted in Albanian tradition demanding one take responsibility for the lives of others in their time of need.

The time has come to understand the real history of Muslim-Jewish relations — and those who are leading efforts to achieve mutual understanding between the two faiths are showing the way in this effort.

Freelance columnist Hussein Hamdani lives in Burlington, and works as a lawyer in Hamilton.