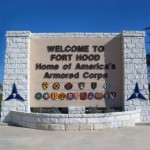 (November 6, 2009) – Earlier yesterday a United States officer in the military identified as Army Major Malik Hasan reportedly shot and killed 12 American soldiers and wounded 31 others at Fort Hood in Texas.

“All three organizations unequivocally denounce the incident in the strongest terms possible and offer their deepest condolences to the victims and their loved ones. Further, they hope and expect that law enforcement officials will resolve this matter as swiftly and justly as possible,” the statement said.

Today at 10 am representatives from all three organizations will be holding a press conference in Washington DC. They will be joined by Congressional Representatives Keith Ellison (D-MN) and Andre Carson (D-IN).