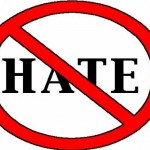 (November 16, 2009) – The London, Ontario Muslim community continues to voice concern over the attempted stabbing of a hijab clad woman.

“I’m getting a lot of concern from the community that this happened,” said Const. Marcel Marcellin, London’s diversity officer.

The 52-year-old woman was confronted in an apartment building elevator just after 11 am on November 8 by a man who tore off her hijab and stabbed her with an unidentified object. During the attack, the man made anti-Arab comments.

The man then left the elevator, leaving the woman inside. She sustained non-life-threatening injuries.

London Police are treating the incident as a hate crime.

“Attacking a visibly Muslim woman, wearing the hijab, in an apartment building elevator; attempting to stab her while pelting her with anti-Muslim slurs, is a definite sign of Islamophobia’s presence in our society,” said Canadian Islamic Congress National President, Wahida Valiante.

Muslim groups are condemning the incident and calling on London police to step up their investigation.

“Hate crimes and violence against women are cowardly and abhorrent acts in the eyes of all conscientious Canadians,” said CAIR-CAN Human Rights and Civil Liberties Officer Julia Williams.

Meanwhile, the Muslim community held a Hate Crimes Awareness and Strategy Session on Sunday, November 15 at the London mosque in response to the recent attack.

The event was organized by the Muslim Resource Centre for Social Support and Integration, a London agency that aims to prevent violence in families.