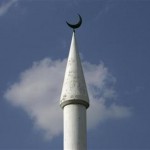 By Richard Chartres and Ali Gomaa

(December 19, 2009) – The recent vote in Switzerland banning the construction of new minarets casts an unnecessary shadow on the remarkable history of tolerance, hospitality and integration that is the true story of Switzerland. It is important to remember, however, that this vote in no way changes the fundamental affirmation in the Swiss constitution that “the freedom of religion and philosophy is guaranteed. All persons have the right to choose their religion or philosophical convictions freely, and to profess them alone or in community with others.”

It is also important to note that the Swiss government, the leaders of the Christian community and most of the media in Switzerland have all expressed their opposition to this amendment and their disappointment that it was approved.

Nevertheless, much as the minarets seem somehow to have stood as a proxy for far wider concerns, the vote itself now stands as a dangerous symbol of the curtailment of the freedom to practice religion and does so in a way that may have wider ramifications across Europe and beyond, where this freedom needs to be enhanced and safeguarded, not diminished.

While the vote on minarets can be seen as a moment of risk, it should also be seen as a moment of opportunity. It is not enough to deplore the vote and pass on. What is needed now is a serious engagement with the underlying issues. What were they? What information or distortions led to the opinions and beliefs that entailed the vote? What needs to be done about the fears that were evidently at work?

We write as a mufti from Egypt where Christians and Muslims have lived side-by-side over many centuries and as a bishop of London, one of the world’s largest and most diverse cities. We are united by our commitment to a better understanding of the issues causing tension so that we can promote practical work that will bring about real improvement.

Co-sponsored and organised by the UN’s Alliance of Civilizations, the upcoming conference we hope to hold in Sarajevo, and to which we invite governments and religious leaders in Europe and around the Mediterranean, will not be about Switzerland, but rather about the wider-if parallel-issues faced by many different countries: how are religiously defined minorities and immigrant communities best provided for in ways that respect their needs and those of the wider communities around them? How is integration to be managed without threatening assimilation? Are there general principles of good practice we can all adopt in regard to what it means, in practical terms, to uphold and practice one’s religion as well?

It will take courage for each religious tradition to truly hear the criticisms and fears of others. Yet, we must find ways to facilitate serious engagement with the fears that exist. Each faith must resist the temptation to imagine only the best about itself while comparing this with the worst that can be imagined of others. Instead, each tradition must model the generosity it desires for itself from others: we must each reciprocate the freedoms we seek for ourselves. But governments need courage too as they cannot be allowed to ignore religion or to be party to the denial of the rights which the free practice of faith requires.

Minarets are no more essential to Islam than church spires are to Christianity, yet each is unquestionably evocative of their respective faiths. Perhaps we would do well to remember that spires and minarets both have at least one deep symbolism in common: they both point us toward heaven and remind us that beside each there is a place of prayer.

Let us hope there is a moral here too.

While we differ on important matters of theology, every authentic religion calls us not only to love God, but our neighbour as well. This is a highly practical obligation in which all persons of goodwill can share. We call upon leaders from religion, government and civil society to gather with us to find the ways that will best allow us all to recognise our differences while uniting in the peaceful pursuit of the common good.

* Richard Chartres is the Bishop of London and Ali Gomaa is the Grand Mufti of Egypt. This abridged article is distributed by the Common Ground News Service (CGNews) with permission from the authors. The full text can be found at newsweek.washingtonpost.com/onfaith/ and at www.guardian.co.uk.