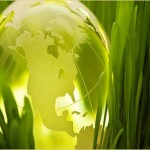 (AUGUST 30, 2009) – Every year, Muslims around the world observe the fasting in the month of Ramadan (9th month in the Islamic calendar) as it is one of the five pillars of the religion of Islam.

Numerous articles have been written on the relative magnitude of reward that a believer would receive for all acts of worship, charity and kindness done in this month relative to other months, provided that these acts are performed with the proper and sincere intention of pleasing God alone.

One of the famous sayings of Prophet Muhammad (PBUH) is narrated by Abu Huraira, in which he said, “Allah said, ‘All the deeds of Adam’s sons (people) are for them, except fasting which is for Me, and I will give the reward for it.’ (Bukhari Volume 3, Book 31, Number 128).

Muslims recognize that to qualify for the best reward from God in this holly month, observing the fasting in Ramadan cannot be as mechanical as abstaining from eating and drinking.

The Prophetic traditions are full of examples on how little acts with negative impacts on surroundings and people’s feelings, or acts done with impure intentions result in disqualifying a Muslim for the reward of fasting, even if he or she has stopped eating and drinking during the day.

With that in mind, I believe that taking the time during Ramadan to remember and act upon our obligation as people of faith toward the environment we live in is as important as all other extra acts of worship we perform enthusiastically and exclusively in Ramadan.

One example of responsible behaviour towards the environment is waste reduction and recycling.

These two environmentally-friendly practices are most relevant to community iftars (i.e. meal to break the fast) and potlucks that take place on a daily or weekly basis in many mosques and Islamic centres across the country.

The Muslim community in Canada is blessed by the abundance of clean food and safe water, and the diversity of this community is reflected in the numerous cultural cuisines that one would clearly see when attending such community gatherings.

Yet, how many times are we shocked by the amount of food that people help themselves to on a single plate to find out later that most of it ended up in the trash bin?

Any person with conscience would be astonished from such a scene because it’s happening during a month when we strive to be better Muslims and citizens, and also at a time when food banks are constantly encouraging donations to serve the poor and the homeless.

I think we need an attitude shift while approaching the food table in any community iftar from that of “I’m so ready to eat now after 12+ hours of fasting” to “I’m only taking this amount and I’ll eat it all”.

We also have to be aware that children are around us in these gatherings who are keen observers of how adults behave socially.

After all, everyone goes home later where one is careful not to throw food in the garbage, and discourage their kids from doing so.

As responsible Muslim adults, we have to lead by example, and not only by lecturing and warning of God’s punishment for the wasteful.

In other words, our understanding of the following Qur’anic verses needs to be put into practice: “Eat and drink the sustenance God has provided and do not cause corruption in the land” (Quran 2:60, ref. 1), and “They (the servants of the Lord of Mercy) are those who are neither wasteful nor niggardly when they spend, but keep to a just balance” (Qur’an 25:67, ref. 1)

Also, most municipalities across the country have implemented recycling programs.

The larger Canadian community is increasingly adopting environmentally-friendly practices, and Muslims should be no exception.

For Muslims in particular, recycling should be regarded as the indirect way of avoiding the exploitation of natural resources as we’re ordered to in this verse: “Do not cause corruption (fasad) in the land” (Quran 2:11, ref. 1).

The interpretation of the word fasad encompasses creating imbalances in the natural world due to human consumption (ref. 2).

Hence, recycling the plastic and styro-foam cutlery used in community iftars should be a priority for each responsible adult Muslim.

We all should encourage the management of mosques and Islamic centres to adopt effective recycling programs during Ramadan and beyond.

According to the 2008 Greening Sacred Spaces report published online by Faith and the Common Good (ref. 3), the Islamic Foundation of Toronto switched to using biodegradable cutlery at events.

I was present at an iftar program held last year at the International Muslims Organization of Toronto where school-age volunteers were present at multiple recycling bins and asked people to separate food for composting and throw plastic and styro-foam in separate bins.

One also should emphasize here that such positive practices of civilized and responsible believers would be noticed by our non-Muslim friends whom we invite to come along to such gatherings.

In conclusion, I pray that the spirit of Ramadan would be a positive force for change in all of us at the personal and communal levels. Ameen.

4- website of the UK-based Islamic Foundation for Ecology and Environmental Sciences (www.ifees.org), which regularly publishes periodicals on the relationship between the teachings of Islam and environmentally-friendly practices.

Dr. Hind Al-Abadleh is an Assistant Professor of Chemistry at Wilfrid Laurier University, and teaches courses on environmental chemistry. She is interested in studying how religion can motivate people of faith to changing their practices to more environmentally-friendly ones. She could be reached at halabadleh@wlu.ca