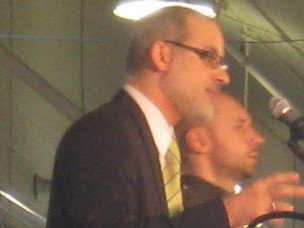 [The following is a transcript of the Eid ul-Adha sermon deliver by Dr. Wael Hadarra at the CNE Queen Elizabeth building in Toronto on Friday, November 27, 2009]

Today, as with all Eids in recent memory, we are gathered under somewhat contradictory conditions.

On the one hand, the Muslim community in Canada is more successful than ever, measured by whatever standard of success one chooses. More of us are gainfully employed and contribute to our society through our hard work and being good neighbours.

More of us than ever before are educators and academics, lawyers and physicians, business owners and executives, writers and artists. Our institutions are growing, our mosques are thriving and we are now able to focus on areas like social services, advocacy and civic engagement. All signs of maturity and success.

Equally importantly, we are growing in our understanding of what it means to be Muslim in our country. We are contributing to our local communities and our society as a whole in myriad ways. We are also developing our own leadership, our own scholarship and our own literature.

Yet, this success is taking place in the shadows of more disturbing events. We are surrounded by people who claim to be Muslim and whose understanding of Islam compels them to extremes.

On one extreme, we are witness to acts of violence against other Muslims and against the broader humanity by some who believe that violence, bloodshed and mayhem are the keys to salvation. For them, the entire world is united against us. They see nothing but conspiracy everywhere and the only path forward for them is bloodshed and more bloodshed – wrought upon any who disagrees with them or stands in their way.

On the other extreme, we are witness to acts of hate against the community by others who also claim to be Muslim and who also claim to be motivated by their vision of Islam. They see nothing good in what we do and who we are. To them, we are all radicals and extremists because we choose to pray 5 times a day or dress in a particular way. They seek to climb the ladder of notoriety using us as their stepping stones, all the while warning our society about the evil that is us.

So this is the contradiction in which we find ourselves: A large, successful majority squeezed in the middle by two minorities who seem to generate all the sound bites, video clips, interviews and newspaper columns.

For the main lessons of the Eid we celebrate today derive from the character of Ibrahim, peace be upon him, and there is much in his character that we can learn from as we seek to meet the challenges of today.

Our community as a whole, through individuals and organizations, has been responding to these challenges. Over the last half dozen years we launched many initiatives responding to extremism on both sides of the spectrum. We have done much, but much remains to be done.

I will not talk about those initiatives today. We will continue to combat extremism in the community – of both types – and we expect to succeed. For we are told that from a community perspective we can only expect one outcome and that is that the Truth prevails. For Almighty Allah tells us, giving the parable of Truth and Falsehood:

“[Whenever] He sends down water from the sky, and river-beds are running high according to their measure, the stream carries scum on its surface; and, likewise, from that which they smelt in the fire in order to make ornaments or utensils, [there rises] scum. In this way does God set forth the parable of truth and falsehood: for, as far as the scum is concerned, it passes away as [does all] dross; but that which is of benefit to man abides on earth.” (Al-Ra’d).

Today I would like to focus on us individually. In these times of spiritual and personal difficulty, we need to learn what sustains us as individuals. This is what we will talk about briefly.

The first and most important of these lessons is that the act of unconditional devotion that we commemorate today was not a momentary commitment.

“And [remember this:] when his Sustainer tried Ibrahim by [His] commandments and the latter fulfilled them, God said: “Behold, I shall make you a leader of men.”

And so Ibrahim, peace be on him, came to be an Imam, a leader of men, not only
in his life but in perpetuity, as a result of fulfilling God’s commandments and trials – not only on the occasion of the Sacrifice, but throughout his life.

The next time we meet Ibrahim, peace be upon him, is in Surat al-An’am. The aspect of his life that the Qur’an highlights for us is the calmness, reason and argument that Ibrahim, peace be upon him, presents to his people as they debate the One True God. Ibrahim is calm, assured, rational, eloquent and convincing. His people are irrational, violent and hysterical. And Allah describes Ibrahim by saying:

“And this was Our argument which We vouchsafed unto Ibrahim against his people: [for] We do raise by degrees whom We will. Verily, your Sustainer is wise, all-knowing.”

The next time we meet Ibrahim, peace be upon him, in the Qur’an, it is in Surat Hud.

The allusion is much briefer and it relates to the punishment meted out to the people of Lut, peace be upon him. As Ibrahim begins to understand the mission of the angels, he advocates on behalf of the people of Lut.

“And when the fear had left Ibrahim, and the glad tiding had been conveyed to him, he began to plead with Us for Lut’s people: for, behold, Abraham was most clement, most tender-hearted, intent upon turning to God again and again.” (11:75)

This then, is the third lesson we learn from Ibrahim, peace be upon him. If the first lesson was that constancy and consistency are the marks of leaders, and the second was his reason and calmness, the third must be that leaders care. They care about more than just themselves, or those related to them, or those of their own faith and persuasion. They care about human beings whatever their ethnicity, whatever their creed, their colour or indeed their practice.

Ibrahim asks for guidance, safety and sustenance for his family. But his supplication is also for his parents, for the wider community of believers and generations that are yet to come.

There is another brief allusion to Ibrahim, peace be upon him, in the Surah that follows, Surat Al-Hijr. The scene describes the visit by the angels and their glad tidings to him that he will have a child despite his old age. When he expresses surprise, the angels ask him if he has despaired of the Mercy of Allah and he replies:

“And who – other than those who have utterly lost their way – could ever abandon the hope of his Sustainer’s grace?”

And so Ibrahim, peace be upon him, reminds us that the Grace of Allah is ever present.

So through his constancy and consistency, his reason and argument, his care and clemency, his concern for everyone living and yet to live, and through an abiding conviction in the Mercy and Grace of Allah, Ibrahim, peace be upon him, earned a unique description from Allah that we read the next time we read about him in the Qur’an, which is in the Surah immediately following, An-Nahl,120:

“Verily, Ibrahim was a nation unto himself – man who combined within himself all virtues, devoutly obeying God’s will, turning away from all that is false, and not being of those who ascribe divinity to aught beside God: (16:121) [for he was always] grateful for the blessings granted by Him who had elected him and guided him onto a straight way.”

And so as we move forward from this day, and until we meet again in 10 months for our next Eid, let us all try to carry with us the example of Ibrahim, peace be upon him – his consistency, and constancy; his clemency, mercy and kindness; his belief in the boundless mercy of God; and his constant care, concern and advocacy for everyone.

* Dr. Wael Haddara trained and worked as a pharmacist prior to embarking on a career in medicine. He is currently on staff at the Schulich School of Medicine and Dentistry at the University of Western Ontario, specializing in Intensive Care and Endocrinology. He currently serves as a member of the Muslim Association of Canada’s Board of Directors. For the past two years, along with a Roman Catholic priest and a rabbi he has been on the panel of “Abraham’s Cafe”, an interfaith discussion group in London, Ontario. He is married and has three children. 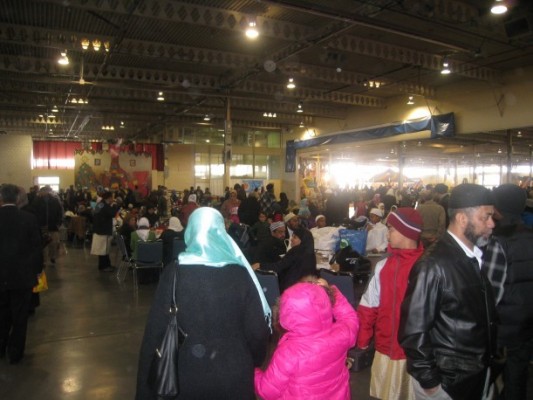 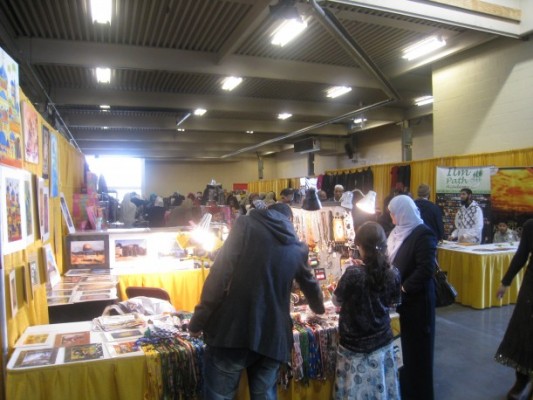 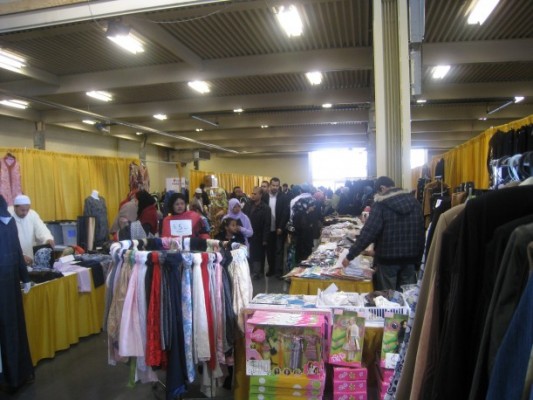 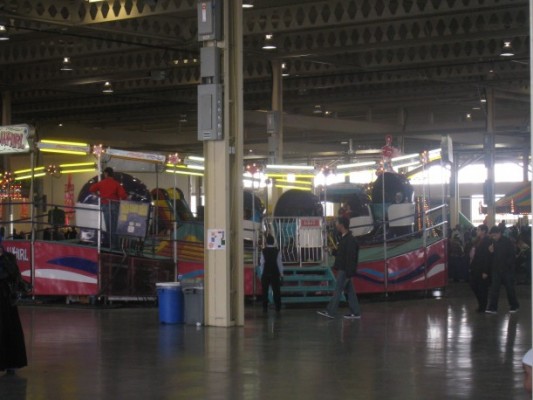