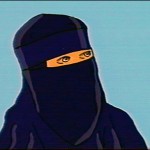 One very vocal organization has called for its legal ban in Canada because, they argue, the niqab as well as the burka are “political symbols of Saudi-inspired Islamic extremism.”

Most other Muslim groups responded by saying that such a ban would contravene fundamental principles of our free and democratic society – ”the state has no business in the wardrobes of the nation.”

Meanwhile, a few religious leaders have spoken out on the religious basis of the niqab.

They have stated that since the niqab has justification in the various schools of law, women who don it are fulfilling their religious obligation by demonstrating a higher level of piety.

As these Imams are from the ultra-orthodox orientation (traditionalists and literalists), they offer no interpretation on the niqab’s relevance in Canadian society but simply state what is in legal books.

A vast majority of religious leaders have been silent but, in private, they would say that the niqab is not compulsory and some of them would go as far as saying that, based on their interpretation, it should not be encouraged in Canada.

Their reluctance to speak out has to do with not wanting to be seen as denying a right to a tiny minority within the community who choose to wear the niqab because of their sincerely held personal beliefs.

But also coming into play in this issue, as it was in the Sharia arbitration case, is the belligerence of the group calling for a legal ban on the niqab –contentiousness, both in their approach as well as their relationship, to the majority of the Muslim community.

Rather that presenting cogent arguments as to why the wearing of the niqab is not relevant or appropriate or desired in Canada and engaging the rest of the Muslim community, they have appealed to the law.

In a level-headed editorial on October 13, The Globe and Mail recommended engagement instead of resorting to legal means to resolve religious differences: “…the critics must not harm the people they aim to protect. Sartorial legislation would require invasive enforcement practices. Communities that value the veil would feel legitimately aggrieved and would close ranks. Rather than appealing to the law, communities need to engage each other.”

The Canadian Muslim community needs courageous religious leaders of the calibre of the late British scholar, Shaykh Syed Mutawalli Darsh, who can step forward and rise above the rancorous noise of a contentious religious issue that has implications for the entire community and provide reasoned positions.

Shaykh Syed Mutawalli Darsh who was a prominent UK scholar did not believe that the niqab was necessary, or even recommended by the Prophet for women to wear.

But if you were going to argue that niqab was a recommended act, he explained his opinion in the following way:

•Some people believe that niqab is recommended (sunnah)

•If a recommended act is a barrier to an obligatory act, one must not sacrifice the fardh for the sunnah

A reasoned justification for not wearing the niqab in this society but, also, one that seeks to engage others in an intra-community discussion and not alienate them.