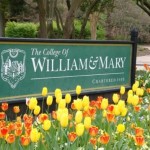 (October 3, 2009) – Bailey Thomson was one of millions around the world who recently celebrated Ramadan.

But unlike the majority of those who observe the Islamic holy month, Thomson is not a Muslim.

The William & Mary senior is a practicing Christian in the Baptist denomination.

She has been observing Ramadan since 2007 after studying abroad in Morocco during the summer between her freshman and sophomore years.

“I became acutely aware of how integral religion is in society in North Africa and the Middle East,” she said. “And it occurred to me that I would be best able to understand the culture I studied if I participated in it. Observing Ramadan is a step I decided to take in that vein.”

There, she was encouraged to learn about other world religions and Christian denominations. 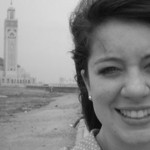 “I look forward to returning to it whenever I am home because I credit that church with much of my intellectual and spiritual development,” she said. “My ministers nurtured me, not only by instilling me with the sense that I am loved by God and in Christ, but also that faith is about exploration.”

Thomson said that the freedom she had to learn about other faiths has made her more confident in her own and “open to the idea that a child of God is a child of God, no matter the label.”

Many people see Ramadan as a punitive tradition because it requires observers to fast from sunrise to sunset each day, said Thomson.

“In reality, Ramadan is a holy month, filled with celebration,” she said.

Citing a quote from Tariq Ramadan, a Swiss Muslim academic, Thomson said the month truly is a “feast for the faith.”

“I think that states it perfectly,” she said. “A feast is the bountiful presence of something. Though we generally associate feast with food, Ramadan associates feast with another, less tangible fulfillment.”

Prior to fasting for Ramadan for the first time in 2007, Thomson, who is majoring in government and Middle Eastern studies, said she only knew the “logistics” of the observance.

“I knew I could not consume food or beverage (including water) from sunrise to sunset,” she said. “I did research both before and throughout my first Ramadan to identify the purpose, which became very important to me.”

Thomson said that fasting during Ramadan involves both physical self-restraint and increased prayer and reading of the Qur’an.

“Because I am not Muslim, I use this time to develop spiritually in the Christian faith,” she said.

One of Thomson’s favorite aspects of Ramadan is its emphasis on community.

“Spiritual development in Islam, as in Christianity, has much to do with relationships, especially during this time,” she said. “Friends break the fast together each evening and pray together more frequently.”

During her observance of Ramadan, Thomson frequently broke her fast along with students from the William & Mary Muslim Students Association.

Without the association, Thomson said she would not have been able to survive the fast for the past three years.

“They plan different iftaar (fast breaking) events, some of which I am able to attend each year,” she said. “I have been so blessed by their hospitality and willingness to teach me.”

Thomson said that her fasting experience has taught her to not let the hunger or thirst dominate her thoughts throughout the day.

“Instead, I should set my thoughts on other, more important things throughout the day,” she said. “Realizing this during my first Ramadan allowed me to focus on spiritual fulfillment rather than physical fulfillment.”

Observing Ramadan has taught Thomson much than she would have learned from books alone.

“I believe that learning is as much about the classroom as it is about the street. I believe that integrating academics and lifestyle makes the most successful student,” said Thomson.

Noting that William & Mary offers that integration through things like the languages houses, Thomson said that “fasting Ramadan is this immersion for me.”

“It adds an out-of-classroom dimension to my Middle Eastern studies major. However, it’s much more than that when it comes down to it,” she said.

Though Middle Eastern societies often change their schedules to accommodate fasting during Ramadan, American society doesn’t do much to support those who are fasting, said Thomson.

“I fast to be in solidarity with friends and strangers who are observing Ramadan,” she said.

Though she has never asked any of her Muslim friends to celebrate a Christian holiday with her, Thomson said she is sure that they would.

“The Muslim Students Association at William & Mary actively reaches out to other faith organizations, including Hillel and the Wesley Foundation, so I believe they are doing their part to learn about others and demonstrate respect for them,” she said. “Now, I’m trying to do my part in return.”