(October 21, 2009) – On February 28, 2008, well-known religious historian and author, Karen Armstrong won the TED Prize and made a wish: for help creating, launching and propagating a Charter for Compassion.

Karen Armstrong’s Wish: “I wish that you would help with the creation, launch and propagation of a Charter for Compassion, crafted by a group of leading inspirational thinkers from the three Abrahamic traditions of Judaism, Christianity and Islam and based on the fundamental principles of universal justice and respect.”

Since that day well over 150,000 people from over 180 countries participated in the course of the six weeks so that on November 12, 2009 the Charter will be unveiled to the world.

The Council of Conscience, a multi-faith, multi-national group of religious thinkers and leaders, reviewed and sorted through all the world’s contributions to craft the final Charter. They continue to be vigorous supporters and advocates for the Charter and its message. 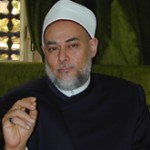 Armstrong’s work is to establish a document that would bring attention back to the principles of universal justice and respect that are central to all the world’s great religions.

Each faith has its version of the Golden Rule, she explains — always treat others as you would wish to be treated yourself — and those “others” include all the peoples of the Earth, not just our own familiar community, religious congregation or group of friends.

Compassion, as Armstrong explains, is not the feeling of good will or pity.

Instead, she says, “it is . . . the principled determination to put ourselves into the place of the other [that] lies at the heart of all truly religious and ethical systems.”

When the Charter is unveiled on November 12th, a week of celebratory activities will take place around the world – in places of religious worship, public spaces, schools, universities and workplaces.

You are invited you to take part.

ABOUT THE TED PRIZE

TED stands for Technology, Entertainment, Design. It is an annual conference which brings together the world’s most fascinating thinkers and doers, who are challenged to give the talk of their lives (in 18 minutes). TED.com makes the best talks and performances, the ideas worth spreading, from TED available to the public, for free. The TED Prize is designed to leverage the TED Community’s exceptional array of talent and resources. It is awarded annually to three exceptional individuals who each receive $100,000 and, much more important, the granting of “One Wish to Change the World.”