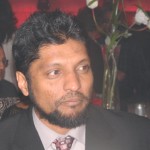 (October 11, 2009) – Ontarians with a driver’s license are encouraged to have their organ donor card signed and placed in their wallets.

A Muslim in Ontario is no different.

Most Muslims feel comfortable donating their organs – at death or even before (brain death being the criteria that the doctors go by).

Many Muslims think that making good of one’s deceased body for research is a pious deed.

However, misunderstandings about organ donation sometimes cloud the decision for some Muslims.

Not having been accustomed to this tradition of saving lives by donating bodily organs, some Muslims may bypass this important duty.

Some people think the dead has to return intact, like the day it came into this world.

But Islamically, the soul doesn’t need this body to be judged.

God doesn’t look at our bodies and faces but at our deeds.

For those who object about delaying the dead – ‘if it’s good a sister why are we keeping her from Heaven’ – they should know that this operation only takes a few hours.

And in saving a life – the biggest charity- ‘one saves the entire humanity’ and increases one’s chance of getting saved from Hellfire.

In fact, one organ and tissue donor can save up to 8 lives and enhance as many as 75 more!

The Prophet, peace be on him, did not give a specific time frame to bury the dead although he ordered quickening of the burial.

Interestingly the hadith reminds us that every breathing creature owes itself a charity and hence to donate one’s bodily parts is to observe that duty!

They are buried in a respectable manner and modern medical world respects this even more.

Medical staff realizes mutilation is sacrilegious and, in performing a postmortem and organ transplantation, they do their best to ensure the sanctity of the body is upheld.

Sometimes the news of human trafficking of body parts around the world isn’t helpful when it comes to encouraging people to become an organ donor.

However, this doesn’t preclude the fact that this act of charity that is regulated and protected in Ontario is really the answer to these illegal activities.

Once we fill the void with legal donors, the illegal trafficking of organs will be reduced.

So be proud of that card, Abdulla!

Imam Habeeb Alli is the Secretary of the Canadian Council of Imams and an Executive of Jamiatul Ulama Canada.