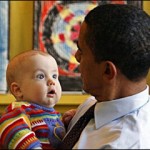 I called my parents to tell them the good news that Rakan Al-Mutawa had been born.

But my father told me he had another name picked out for his newest grandson.

Rakan was the name my wife and I had chosen.

Ten years ago, I asked my father to name my firstborn.

He gave me two choices, Turki or Hamad.

I went with the latter in fear that anyone who did the math would figure out that my firstborn had been conceived in late November.

My father would have been happy with either of his suggestions so I wisely saved Hamad from the fate of being known as the world’s first reusable Thanksgiving “Turki”.

My father didn’t offer an opinion on naming my next three boys.

And after the near miss of the Turki suggestion, I didn’t ask.

But now came the message that he wanted to name my fifth-born only two weeks after his own father, Abdullah, had passed away at the age of 97.

How could I say no if he asked me to name him after my grandfather?

And how could I present the change to my wife only days after a difficult labour and delivery?

My stomach churned as I awaited his suggestion.

My father wanted me to name my son after Barack Obama.

Instead of asking me to hold on to the past, my conservative Arab Muslim father was asking me to make a bet on the future.

Some things do change.

Minutes later, I received another call from a well-meaning relative who told me they heard I’d been blessed with another boy.

“You have enough boys to liberate Palestine”, he replied.

Looking nervously over my shoulder at the Sabbath elevator in the New York Presbyterian Hospital on the Upper East Side of Manhattan, I thought, liberate Palestine?

Whatever happened to playing basketball?

After a brief polite conversation, my relative hung up, with me not knowing whether his comment about liberating Palestine was tongue-in-cheek or serious.

Nor did I want to know.

This was not the time to discuss the horrors of war or the plight of the Palestinians.

I had the luxury of shielding myself from such sadness for a few days and I planned to indulge myself.

Offering my sons as cannon fodder to kill other children in a futile war was not how I wanted to spend my first day with my newborn.

After some serious thought, my wife and I decided against the name Barack.

I hope one day to be the proud grandfather of five Baracks, not just one.

Maybe even a Baracka or two if the next generation of Al-Mutawa boys is able to resolve my inability to master the passage of an X chromosome to my offspring.

But I want to see results, not just hope, before naming my children after a leader.

Today, Obama is a man who may, with our prayers and support, make a significant positive change in all our lives.

The next few years will tell us if he is the man who did.

By then there will be plenty more Al-Mutawas to name.

Right now the only certain change is the one that Rakan Al-Mutawa is demanding.

And it’s my turn.

* Naif Al-Mutawa is the creator of The 99, the internationally acclaimed group of superheroes based on Islamic archetypes. For more information, please visit www.the99.org. This article originally appeared in The Chicago Tribune and was written for the Common Ground News Service (CGNews), www.commongroundnews.org