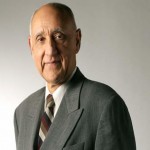 (November 4, 2009) – Azhar Ali Khan of Ottawa is among the 35 recipients of the Order of Canada, announced earlier this year, who will receive their honour at an investiture ceremony at Rideau Hall, on Thursday, November 5, 2009, at 10 a.m. that will be presided over by Her Excellency the Right Honourable Michaëlle Jean, Governor General of Canada.

As a journalist and volunteer, Azhar Ali Khan has dedicated his life to building bridges among Canada’s multi-ethnic and multi-faith communities.

As a columnist and member of the Ottawa Citizen’s editorial board, he wrote extensively about world affairs, raising awareness about international issues.

He has also provided leadership and promoted unity as president of the Ottawa Muslim Association and founder of the Muslim Coordinating Council of the National Capital Region.

In addition to serving as a judge on the Immigration and Refugee Board, he provided valuable input to the Commission on the Citizens’ Forum on Canada’s Future.

The Governor General, who is Chancellor and Principal Companion of the Order, will bestow the honour on three Companions, 11 Officers and 21 Members.

The Order of Canada, our country’s highest civilian honour, was created in 1967 during Canada’s centennial year, to recognize a lifetime of outstanding achievement, dedication to community and service to the nation. Over the last 40 years, more than 5 000 people from all sectors of society have been invested into the Order.