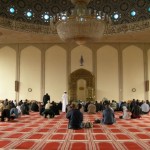 (October 28, 2009) – This month saw the launch of a report authored by a theologically diverse group of leading British Muslims entitled “Contextualising Islam in Britain”. The scholars and practitioners who contributed to the report, published by Cambridge University, sought to answer a deceptively simple question: What does it mean to live faithfully as a Muslim in Britain today?

One problem Muslim groups face when articulating their concerns to a mainly secular audience is that what one side says is not necessarily what the other side hears. Islamic terms such as shariah, jihad, and khilafa often mean very different things to secular Western ears than they may mean to Muslims. So the report argues that, rather than insisting on using Qur’anic terms, English should be used when engaging in public conversations about Islam. Using a “shared moral language”, the report states, will avoid giving the “false impression” that secular and Islamic ethical values are at odds with each other.

While an important point, this should not mean that mainstream Muslims give up on Islamic terminologies and effectively surrender them to extremists–on both sides–who will continue to (mis)use the terms. The report tackles now-contentious terms such as khilafa, which is understood by many as an “Islamic system of government”. The report says the word never meant the establishment of an Islamic state and that the original meaning from classical Islamic theology needs to be reasserted: an ethics based on individual moral responsibility.

But how one is to proactively reclaim the use of Qur’anic terms in the public imagination while only using English is unclear.

The authors of the report also try to explain how Islam can be faithfully understood as compatible with a secular state. It explores the “problematic understanding of divine sovereignty” and suggests that the separation of temporal and spiritual authority may be closer to the Islamic ideal. A number of 20th century proponents of political Islam have argued that God’s sovereignty is manifested through the incorporation of a political framework where a single individual or group claims divine authority to act on God’s behalf, a notion completely incompatible with secular democracy.

The report, however, refers to prominent figures in Islamic history, such as the 8th century Imam Malik ibn Anas and Imam Ahmed ibn Hanbal, both founders of influential schools of thought in Islamic jurisprudence, who believed that the state should not claim divine authority but should be held accountable to universal standards.

In addition to arguing that British Muslims support multicultural secular pluralism because it provides them the freedom to practice their religion, the report tackles hot potato issues such as apostasy and homosexuality in a broad-minded manner. The authors state that while they believe Islam frowns upon such acts, they insist those involved must be respected as equal citizens and treated with dignity.

The report also briefly claims that Muslim radicalisation needs to be better understood. It argues that at its roots violent extremism is a social and political phenomenon, rather than an intrinsically religious one.

The report will be seen as an important step towards a tolerant expression of Islam that has always historically emerged when there has been strong positive engagement between Muslims and non-Muslims, such as in Abbasid Baghdad and Moorish Spain.

With this report, it seems that religious scholars are playing theological catch-up as new and changing contexts emerge, rather than pre-empting change. But, that said, if the panel reflects where mainstream British Muslim thinking is today, then it is more progressive than many Muslims and non-Muslims would have thought. The views reflected in the report are also those that wider non-Muslim civil society and media should note and welcome.

Hardened religious conservatives may cry capitulation and cite as evidence the fact that the government funded the research. However, the authors come from theologically diverse and respected backgrounds. The success of this report will be measured in the longer term in its trickle down effect in influencing the ideas of younger Muslim activists and narrowing the gaps in misunderstanding with wider society.