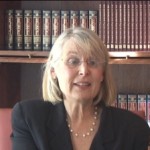 (November 6, 2009) – I am blogging from my hotel room in Montreal where I am attending the AAR annual meeting, a gathering of 4,500 scholars of religion from across North America. It is an exciting time for the academic study of religion. A field that was once devoted primarily to history and texts, to the study of institutions commonly thought of as “religions,” has now grown to include a great array of methodologies and of subject matter.

My focus this year will be the sessions on “Islam and Modernity” in preparation for this spring when I will be organizing a course for rabbis about Islam( taught by Muslim scholars–but I have to organize it well) and an undergraduate course on “Jewish-Muslim Relations in America” at City College of New York.

Especially exciting is the opportunity to hear the plenum address by the Swiss Muslim scholar, now a professor at Oxford University, Tariq Ramadan. His talk is entitled, “Contemporary Islam: The Meaning and the Need of a Radical Reform.” Also a big draw, not only for me, is the talk by Canadian Muslim film maker Zarqa Nawaz whom I know best as the creative genius behind the CBC television series Little Mosque on the Prairie.

In the hours left over, I will try my best to choose wisely from an astonishingly rich buffet of options, far too many of which sound intriguing to me. Do I go to a session on Third Wave Womanism or one on Jewish Poets of Montreal? How about Tantric Studies or a panel on Zoroastrianism. (The program booklet notes that this is the first time in twenty years there has been a panel on Zoroastrianism.) I am very eager to attend anything related to Science and Religion, Pragmatism, Jewish Thought and —of recent interest to me– Religion and Film. And how can I pass up learning about Barack Obama’s theology of pluralism?

All this leaves me actually delighted when I notice a topic I am pretty sure I am NOT interested in such as “Sports and Religion,” “Neo-Platonism,” or “French Psychoanalytic Reflections on Religion.”(Full disclosure: the last topic does interest me, but I fear I would not understand the talk.)

There is one presentation that sounded really fascinating, but I am going to pass on it while in Montreal. “Mapping Store Front Congregations on Germantown Avenue in Philadelphia.” Since I live blocks away from the avenue and the presenter, I will catch up with that material when I return home. As for sports and religion, I am rooming with a colleague, Professor Rebecca Alpert, who is writing a book related to Jews and baseball, so I think I may be covered after all.

Rabbi Fuchs-Kreimer is an author of the multi-faith site www.multifaithworld.com

(Iqra.ca would like to thank Rabbi Nancy Fuchs-Kreimer for allowing us to publish her blog postings from the AAR annual meeting taking place from November 7 – 10 in Montreal).