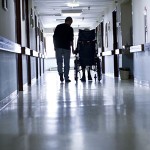 Recently, on World Alzheimer’s Day, Alzheimer’s Disease International released its 2009 Report in order “to raise awareness for this disease that will have a dramatic impact on individuals and healthcare systems globally.” The estimates are alarming.

According to the report, in 2010 an estimated 35.6 million people worldwide will have dementia. By 2030, the number of people with dementia is expected to be 65.7 million and an astounding 115.4 million in 2050. The increase mostly is attributable to increases in dementia in low and middle income countries. The economic cost of dementia is estimated at US$315 billion annually.

The report notes that while improved health care has led to many people living longer and healthier lives, a “clearly negative effect of ageing” is the increase in the number of people with dementias.

Dementia, which mainly affects older people over the age of 65, results from brain disease. It “is characterized by a progressive, global deterioration in intellectual abilities, including memory, learning, orientation, language, comprehension, and judgment.” Alzheimer’s, the most common cause, is progressive and fatal.

The Qur’an specifically mentions this progressive deterioration in intellectual abilities:

It is Allah who creates you and takes your souls at death; and of you there are some who are sent back to a feeble age, so that they know nothing after having known (much): for Allah is All-Knowing, All-Powerful. (16:70)

One commentator states in reference to this verse that it,

allud[es] to the organic curve of man’s growth, his acquisition of bodily strength, intelligence and experience, followed by gradual decay and, in some case, the utter helplessness of senility, comparable to the helplessness of a new-born child.

These alarming statistics about dementia bring many teachings of Islam to mind. For example, the Prophet Muhammad, may God bless him and grant him peace, stated:

Take advantage of five conditions before five others: youth before old age, good health before illness, prosperity before poverty, free time before becoming occupied, and life before death. (Tirmidhi, Mustradrak)

According to the report, dementia has physical, psychological, and economic consequences for the person with the disease, as well as the caregiver(s), family, friends, the healthcare system, and society. Between 40% – 75% of those who care for people with dementia report high levels of psychological illness and 15% – 32% have major depression.

This negative impact on family members is significant as caring for one’s aging parents is incumbent on Muslims:

Thy Lord hath decreed that ye worship none but Him, and that ye be kind to parents. Whether one or both of them attain old age in thy life, say not to them a word of contempt, nor repel them, but address them in terms of honour. And, out of kindness, lower to them the wing of humility, and say: “My Lord! bestow on them thy Mercy even as they cherished me in childhood.” (17:23-24)

Clearly, support is needed for those who care for parents or other relatives with dementia.

1. The World Health Organization (WHO) should declare dementia a world health priority.

2. National governments should declare dementia a health priority and develop national strategies to provide services and support for people with dementia and their families.

3. Low and medium income countries should create dementia strategies based first on enhancing primary healthcare and other community services.

5. Develop services that reflect the progressive nature of dementia.

6. Distribute services with the core principle of maximising coverage and ensuring equity of access, to benefit people with dementia regardless of age, gender, wealth, disability, and
rural or urban residence.

7. Create collaboration between governments, people with dementia, their caregivers and their Alzheimer associations, and other relevant Non-Governmental Organisations and professional healthcare bodies.

8. More research needs to be funded and conducted into the causes of Alzheimer’s disease and other dementias, pharmacological and psychosocial treatments, the prevalence and impact of dementia, and the prevention of dementia.

**J. Samia Mair, JD, MPH, is a freelance writer who has published fiction, nonfiction, and poetry in magazines, books, and scientific journals. She writes on a variety of topics, including Islam, public health, and law. She regularly contributes to SISTERS and Hiba magazines, and has her own column entitled “Tea Talk” in SISTERS

This article was originally published in the Examiner.com