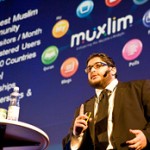 (June 16, 2009) – A beta version of the world’s first Muslim-friendly virtual world was recently launched, where users can create an online persona, design their own rooms, buy virtual items and interact with others.

Muxlim Pal (pal.muxlim.com) has been created by the Finnish-based company Muxlim.com, the English-language site that caters to Muslims living who long to reconnect with other Muslims and Muslim culture.

According to the creators, “Muxlim Pal is the first Muslim virtual world providing a new kind of family friendly social online environment for your entertainment.”

“Muxlim Pal is just another channel for our users to socialise, have fun and express themselves using social media in a safe and friendly atmosphere,” Muxlim chief executive Mohamed El-Fatatry, 23, told AFP.

On Muxlim Pal, which is free of charge to join, users can shop for clothes for their avatar at the mall, hang out at the beach cafe, pray at the mosque or go to concerts.

The company was founded in Finland by Mohamed El-Fatatry and Pietari Päivänen, aiming to provide cutting-edge online services to the Muslim-Lifestyle Market around the world.

The company was chosen as a finalist for the Red Herring Europe 100, and the top 100 high growth success stories in Finland 2008 by Helsingin Sanomat the largest Finnish newspaper.

In February 2009, the service had some 150,000 registered users – a number that is growing by 2 to 3 percent a week. Annually the site receives about 1.5 million visitors.

Launched in 2006, Muxlim.com has become popular among young Muslims all over the world, primarily in the US, in the UK and in other European countries.