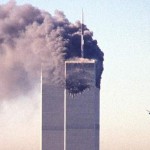 Although it was a bright day, you could feel a sense of darkness as if the lights had gone off and you were left to rumble in a dark room.

I was glued to the radio in the car. Things were rapidly changing. I was trying to make sense of what was occurring. An airplane was reported to have struck the World Trade Center in New York.

While I was still on the road to Toronto’s Pearson International Airport where I worked as a ticket agent, I heard another plane hit the towers. All the radio programming was disrupted by the sudden breaking news. I was stunned and could not speak.

These feelings reminded me of the horrific atmosphere of war, instability and confusion that was in the air in Somalia during the civil war.

I lived in a small town on the southern seaboard of Somalia called Barawa where armed bandits sprayed the town with bullets and heavy gun power one afternoon. The city was filled with fear as armed bandits of the Hawiye clan started violating the sanctity of the town.

They shot at innocent people, killing anyone who did not listen to their orders. They raped women in front of their families and started looting. They were like savage aliens from another planet creating death and destruction. There were dead bodies on the streets.

A lot of families abandoned their homes and sought refuge in places of worship, but the bandits, who were also Muslims, did not respect the mosques and invaded the holy places.

A world away, were similar feelings of fear. Toronto’s Pearson International Airport was not a place one would want to be on Sept. 11, 2001.

Passengers were scattered around the airport as all the flights were cancelled. Our movement inside the secure area of departure lounges was limited as the area was heavily patrolled by the army. They had to be ready for anything and expect the unexpected, especially since some flights bound to the U.S. were being diverted to Toronto.

No one knew whether terrorists were hiding in those planes.

Families waiting to meet their loved ones were crying. They would turn to me for answers as to what could have happened to their loved ones. They just needed information that would calm them down, but sadly I did not have anything to offer except few words of comfort.

I was confused like them or even more. I needed someone to comfort me too. I was not mentally able to handle such a traumatic experience. I was crying on the inside and trying to smile on the outside.

We were able to use hand-held devices to make announcements encouraging passengers to leave the airport as there were no flights leaving that day. No one would listen, though, as if I was speaking a language they did not understand.

The company management encouraged us to leave if we were emotionally unable to handle the situation. Many of my colleagues chose to leave. I do not blame them for doing that. I, however, managed to stay behind. I walked around the mourning and confused crowd with little information to offer.

The feelings on that day were tremendous.

It was like a state of war. Everyone was tuning to the television and radio stations to get the latest news of what was happening south of the border. People were crying.

While all this was happening, I was praying that Muslims were not found to be behind the crimes that had shocked the world.

Things would be quite difficult for Muslims here if the person or people behind the tragedy were Muslims, I knew.

Sadly, my prayers were not answered. I was devastated when my fear became a reality that the suspects were indeed thought to be Muslims.

Muslims had to cope with the tragedy on two levels. They had to mourn the loss of lives in the twin towers which included many of their families and loved ones who were working inside. There were also some Muslim passengers on board the aircrafts that had crashed that day. They had also to cope with the negative stereotypes and dirty looks they would receive, as if they were somehow responsible for the horrific crime.

When I went to the mosque to find peace and solace, I found the opposite. I found fear, instead, due to threats Islamic centres were receiving. The imam told us that the police were dispatched to guard the centre from any attacks.

Muslims in the United States were in much danger. A lot of attacks were reported against Muslims and even to people who looked like them, such as Sikhs. Many students did not attend classes due to the fear of backlash.

Some scholars had released fatwa — Islamic-based opinion — urging women not to cover themselves if they felt that would somehow put them in danger.

The Canadian community stood up for besieged Muslims. People volunteered to guard the neighbourhood of Islamic centres from any possible attacks. Some families offered to take children to schools. Islamic centres received post cards and flowers from neighbours and strangers assuring Muslims that they were not to blame for the terror attacks and they are victims as everyone else. I was so moved by these acts of courage and support.

Sept. 11, 2001 is a day that I will never forget. It reminds me of what extremism can do and what fanatics are capable of.

*Abubakar Kasim is a freelance writer who lives in Toronto