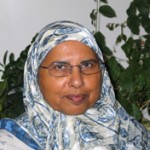 (September 4, 2009) – The 3rd Islamic History Month Canada (IHMC) has been announced with this year’s theme being on Islamic Finance and economic theory.

IHMC, which was launched in 2007, includes a series of events and activities across Canada such as exhibitions, lectures, book fairs, films on art and architecture and other complementary presentations

Wahida Valiante, Chair of IHMC and national president of the Canadian Islamic Congress, is proud of the achievements of IHMC and that the Parliament of Canada and a number of cities and organizations have officially recognized October as Islamic History Month.

“During that inaugural year, and later in 2008 and 2009, several Canadian cities also proclaimed October as Islamic History Month in their civic jurisdictions — including Victoria BC, Toronto ON, Kingston ON, Ottawa ON, Calgary AB, Burnaby BC, Port Coquitlam BC, Surrey, BC and Vancouver, BC,” she added.

This year’s theme focuses on Islamic finance and economic theory, and how a different philosophy of creating, managing and distributing wealth could heal, or even prevent, major global recessions.

The guest speaker for this month’s activities will be Dr. Toby Birch, Managing Director of Birch Assets Ltd. in Guernsey UK.

Birch’s company seeks to manage money based on ethical Islamic principles and to provide sustainable investment to both Muslims and non-Muslims alike.

“As we rapidly approach October 2009 and our third year of Islamic History Month Canada, we will again devote this special month to celebrating and sharing the diversity of Muslim civilization, both past and present — including our contributions to the arts, sciences, medicine, architecture, humanities, music, spirituality, and every area of human knowledge and endeavour,” Wahida Valiante said in announcing the month-long series of events.

For more information about IHMC and its upcoming activities/events, please visit: www.islamichistorymonth.com/events/calendar.php